Please note ArtOfWarLegions.net is a UNOFFICIAL fansite with no affiliation to Fastone Games HK 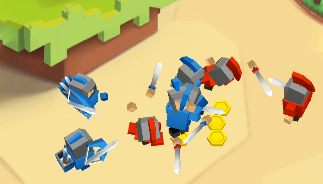 Every Art of War: Legions player will start their adventure through the campaign mode which has thousands of levels. As you complete levels, new game modes and content is unlocked such as Headhunt missions and competitive arena. You will discover new troops, receive more storage space in your barracks, and an increased idle reward.

There are two currencies you will get very familiar with in Art of War: Legions. Gold Coins and Gems. Both of these currencies can be earned by playing the game through daily rewards, the Idle reward chest or rewarded to you for battling with your army. Your army will consist of troops and a single hero, you will be able to upgrade them both respectively as you play.

What is the Maximum Campaign Level?

You will start your campaign journey at level 1 with a maximum level of 8000, its advised to watch as many ads after each campaign level as you can as the x3 reward bonus is definitely worth it. As you progress through the levels the opposing army will become stronger therefore harder to beat.

In some cases for those who haven’t watched any ads there may reach a point where there is a stalemate, in result repeating the same levels repeatedly to earn enough money to upgrade your army until you’re strong enough to beat them. Players who choose to watch ads become stronger and have more money at significantly lower level, speed of progression isn’t important there is no need to rush campaign. 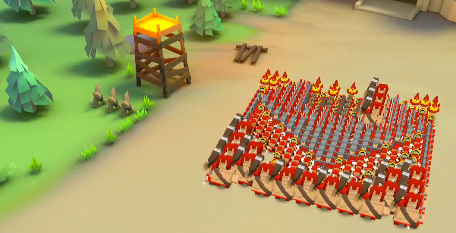 How Can I Strengthen My Art of War Troops?

You must power up the troops to clear the high levels. How do you power-up the troops? By leveling them up. From the card packs, you might get the troop card that you already owned. These replicate troops can be merged on the battle formation editing screen. All you need to do is drag the troops over another(should be of the same type and level). For instance, 1-star Iron Guard + 1-star Iron Guard gives you 2-star Iron Guard.

What Is The Ideal Campaign Formation?

There are mainly three areas to concentrate on in your battle formation; the front row, middle rows, and rear rows. In the front row, use melee-type or tank troops(the ones with high health stats as they are designed to soak damage). Add the high DPS troops in the middle row, these troops have lower defense but they do a high volume of damage, they must be protected at any cost. Add more tank-type and melee troops in the rear line, alternatively you can also add a mix of goblikazes.

You can also mix up different combinations for different opponents. If you want more offense, go with melee attackers or ranged troops with high DPS. For extra defense, surround the attackers with tank units. Below is your formation board 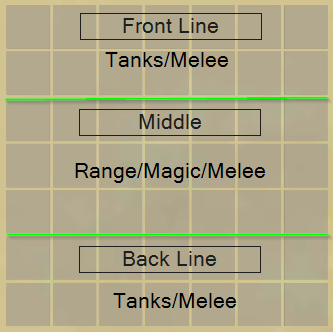 The idea is to protect your weaker troops with your stronger troops. Learn the special abilities of the troops you are using and use them to your advantage. Each formation will also vary on the type of Hero you are using alongside it.